Wet wipes are convenient and can be used for an endless list. I used them the most when my kids were babies and needed diaper changes.

But what are the economic, environmental, and ethical problems with wet wipes? How do they negatively impact our environment and what can be used instead?

This blog will focus on three key problems of wet wipes. They’re more dangerous than you might think. From the UK to the US, wet wipes cause entirely avoidable problems that we can change with some awareness, effort, and alternative yet effective solutions.

Problem #1: Wet wipes are not flushable

It would be nice if you could just flush a wet wipe without issue. But you cannot. Most wet wipes are coated with a thin layer of plastic and cannot break down properly in sewage systems the same way toilet paper can. There needs to be a shift from petroleum plastic lining to a plant-based plastic lining. The plant-based lining would make the wet wipe both compostable and recyclable.

A fatberg originally referred to as turkey fat poured down the kitchen sink drain. Now, a fatberg is caused by a build-up of wet wipes, fats, oils, and grease into a solid mass. They are expensive and can cause significant damage to a residential sewage system. The clog and damage fatbergs cause disrupts entire waste systems.

Fatbergs became relevant in 2013 when a 15-ton, solidified ball of grease, oil, and wet wipes made headlines across the world. It took three weeks to clear out this ball. During that time, the fatberg prevented residents from flushing toilets. Since the system had no means to drain, the risk of flooding London’s streets increased.

One positive outcome of fatbergs was then London Mayor Boris Johnson taking action.

In 2013, Johnson pressed for waste fat to be used to run London's buses. In response, McDonald's announced it would collect more than 600,000 liters of used cooking oil from its London restaurants each year and convert it to biodiesel for its vehicles.

"By capturing it right here in London and turning it into biodiesel we could provide 20% of the fuel needed to power London's entire bus fleet while saving thousands of tonnes of CO2 and creating hundreds of new jobs. There is huge potential to unlock the value in used cooking oil and turn it to our economic advantage.”

The UK has addressed the wet wipes issue with a multi-pronged approach.

Look for these labels on toiletries before buying.

Even if the wipes are labeled as flushable, they are still too thick for common sewage systems to manage. New York City spent $18 million resolving wet wipe issues. The fine-to-flush standards are strict, requiring the final product after countless testing to “pass through a 0.5mm sieve without leaving fibers or other visible residues.” According to the National Association of Clean Water Agencies, or NACWA, September 2020 report, an estimated $441 million was spent to correct wastewater issues in the US alone.

Problem #3: The danger to marine life

According to the MCS, there are 11 million wet wipes used in the UK every year. Nearly 90% of them contain plastic. That’s 200 wet wipes per person in the UK. In a sewer system, the wipes break down into microplastics that end up in the ocean with marine life mistaking them for food and ingesting them. However, the microplastics do not break down in their stomachs like regular food. Instead, these microplastics accumulate in the organism’s stomach until it is full of microplastics. This leads to a painful and slow death for common and endangered marine wildlife. 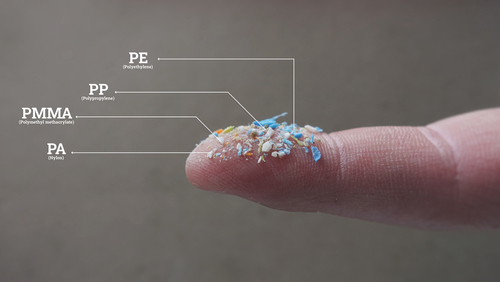 Microplastics are dangerous and easy to ingest.

According to Coastwatch’s Fall 2019 Survey Results, plastic bottle debris was on the decline while wet wipes made their debut as a notable category of beach pollution, separating them as part of sewage material for the first time.

What are the alternatives to using wet wipes?

So now you understand the dangers and cost of using wet wipes on a regular basis. Ask yourself, do you really need to use that wet wipe? The answer is almost always no. Think of the wet wipe at the end of its waste journey before you buy it. Where does it end up? Who, or what is affected most if you use a wipe? The risk to our essential sewage system is costly and great. The dangers to marine life are clear and deadly.

Instead of a wet wipe, here are ten tips that you can follow to discover alternatives to wet wipes in your daily life and community.

What you buy sends a powerful message to manufacturers to have green-friendly products.

We are in this together. Let’s go green.