September 2021 seemed filled with news on the impact of global warming on the planet’s creatures.

Our changing climate changes the size of our fish

Studies show the warming planet causes significant survival stress on fish, resulting in a smaller size. Fish’s decreasing proportions limit their ability to move to temperatures that can help them avoid dying out.

Extinction is the reason the US Fish and Wildlife Service requested the removal of 23 species from the Endangered Species Act, or ESA, as they had now completely vanished and no longer needed to be on the ESA list. The most well-known from this group is the ivory-billed woodpecker. 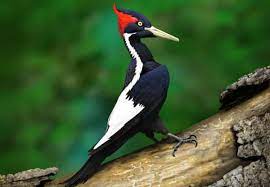 The ESA is working. The act has prevented the eradication of “99 percent of the plants and animals on the list.” 54 species have recovered and been taken off the list. 48 other species have been placed on the list because of the threat of elimination.

More wildfires threaten the Sequoia National Forest than ever before

The intense heat from wildfires is destroying giant sequoia trees.

Sequoias are the world’s most giant trees, growing in a 60-mile band of forest on California’s Sierra Nevada mountain range. These trees can live for over 3,000 years and grow as tall as a 26-story building, averaging between 180 and 250 feet tall.

The heat from “low-intensity fires allows sequoia cones to open and drop their seeds in the fresh ash bed—seeds the size of an oatmeal flake.”  However, global warming has taken this lifecycle to a deadly place:  Hotter, longer heatwaves, unending droughts, increased lightning, and strong winds are all fuel for growing wildfires.  The wildfires from climate change are of high intensity, killing seedlings and adult sequoias alike. The 2020 Castle Fire destroyed 10,600 giant sequoias, which is 14% of the entire population. In 2021, wildfires again are threatening sequoias in Sequoia National Forest.

Our beautiful sequoia trees are in danger.

I would like to take my two high school-aged boys to see these towering sequoia trees that only grow between 5,000 and 8,000 feet elevation. I hope they will still be around, as this mountain range is the ONLY place where sequoias grow on the entire planet.  I fear, like the ivory-billed woodpecker, these trees may become extinct as well.

On a 90-degree day in July, farmers in Illinois are working hard to keep their animals cool; because they cannot sweat to release heat, a pig’s ideal temperature is 65-degrees Fahrenheit. The farmers have invested thousands of dollars in technology to prevent heat stress on their livestock. Keeping the animals cool is vital for their welfare and marketability. Pigs will not eat if they are too hot, which delays attaining the target weight for selling.

Prolonged and increasing heat reduces milk production in cows by as much as 25% and impacts reproduction. Another farmer is making plans for a new barn costing nearly $700,000 that would do a better job of keeping his goats cooler. This plan is to prepare for the heat index above 110 degrees Fahrenheit predicted by climate experts. The Farmers say they intend to raise prices to help pay for the things they need, like barns or equipment. Consumers are already seeing the effects of these changes in prices, and the trend will continue as time goes on.

Our one planet is home to more than just humans. We are on this journey together as the earth continues to get warmer.

Greta Thunberg, who is 18 now, accused leaders of being spineless for promising to tackle global warming, but failing to deliver on those promises. In a speech to Youth4Cliamte summit in Milan, Italy, on September 28, 2021, Thunberg stated:

“This is all we hear from our so-called leaders. Words that sound great but so far have not led to action. Our hopes and ambitions drown in their empty promises.”

Let’s be people of action and not the witless leaders Greta attributes as all sounding alike with the words of “blah, blah, blah.”