The other day I came across this article, I Can Change the World? How Different Personality Types Respond to Environmental Concerns from the website 16 Personalities.

The article covers a survey conducted using the Myers-Briggs personality test. Each personality type is determined and then categorized into certain roles, like Sentinel or Explorer. It’s these roles that help community members understand their own role to play in going green.

While 16 Personalities does not elaborate on how they conducted their research, or how large their sample size is, it is an interesting read.

The website’s community members were asked to agree or disagree with the statement, “You have made major life changes because of environmental concerns.” 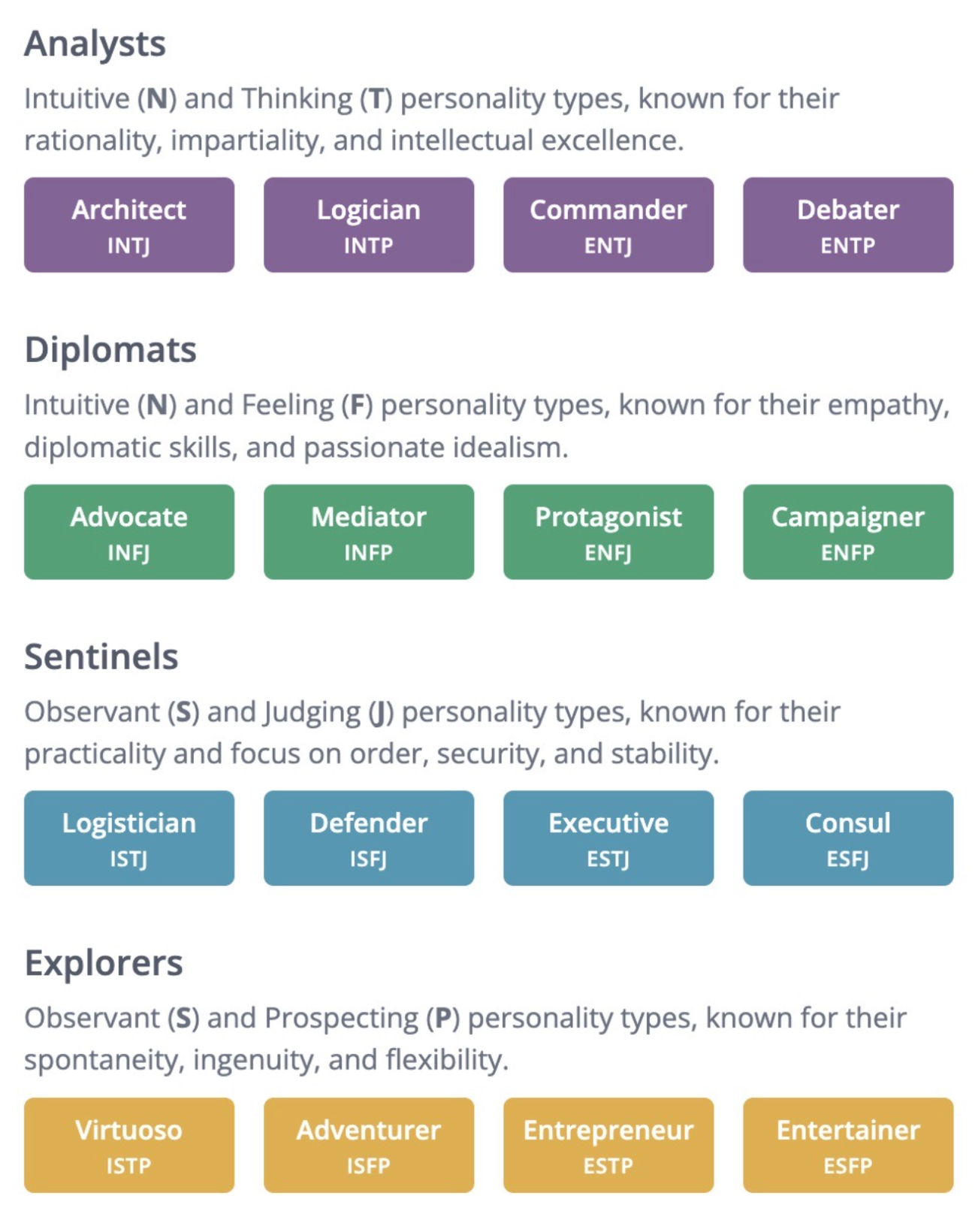 49% of Diplomats have already made a major life change. 41% of Analysts have also changed, while the Sentinels changed less, at 34%. Explorers changed the least, at just 32%.

Explorers are described as being focused on current circumstances and thus less likely to plan significant changes that would require consistent time and effort.

Sentinels are described as being generally more conservative. and doubtful of scientific evidence as being unresolved therefore long-term dedication did not need to be made yet.

Analysts are described as revolutionaries and view group action as more impactful on climate change than individual action.

Diplomats are the most likely to make significant changes in their daily lives due to worry over the environment. This role recognizes that their actions impact others. Each step they take, large or small, is a positive step in the right direction. 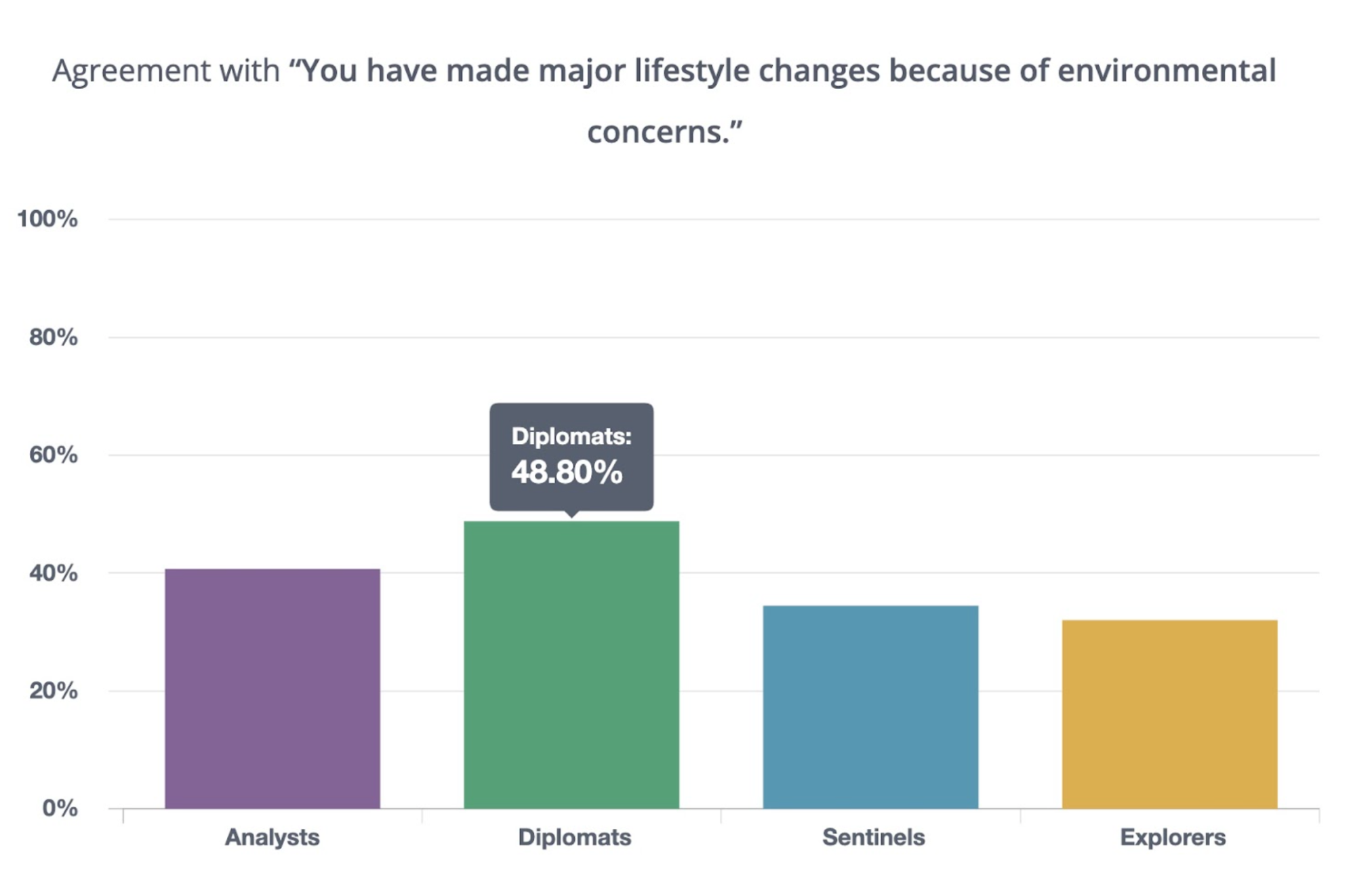 I see myself as a Diplomat, as well as an Advocate, or INFJ. This role and category is finely attuned to nature, holds strong ideals, and chooses not to separate personal choices from the world they live in. Advocates, by extension, integrate their personal choices with the natural cycle of the world around them.

This is when I started to look into how communication and action strategies are based on certain roles and personality types.

Confident, Individualist personalities are described as taking the reins and solving problems on their own. Their individualism leads them to conclude that their own choices have little impact on the environment. When asked, just 34% of this personality type said they make lifestyle changes based on environmental concerns. 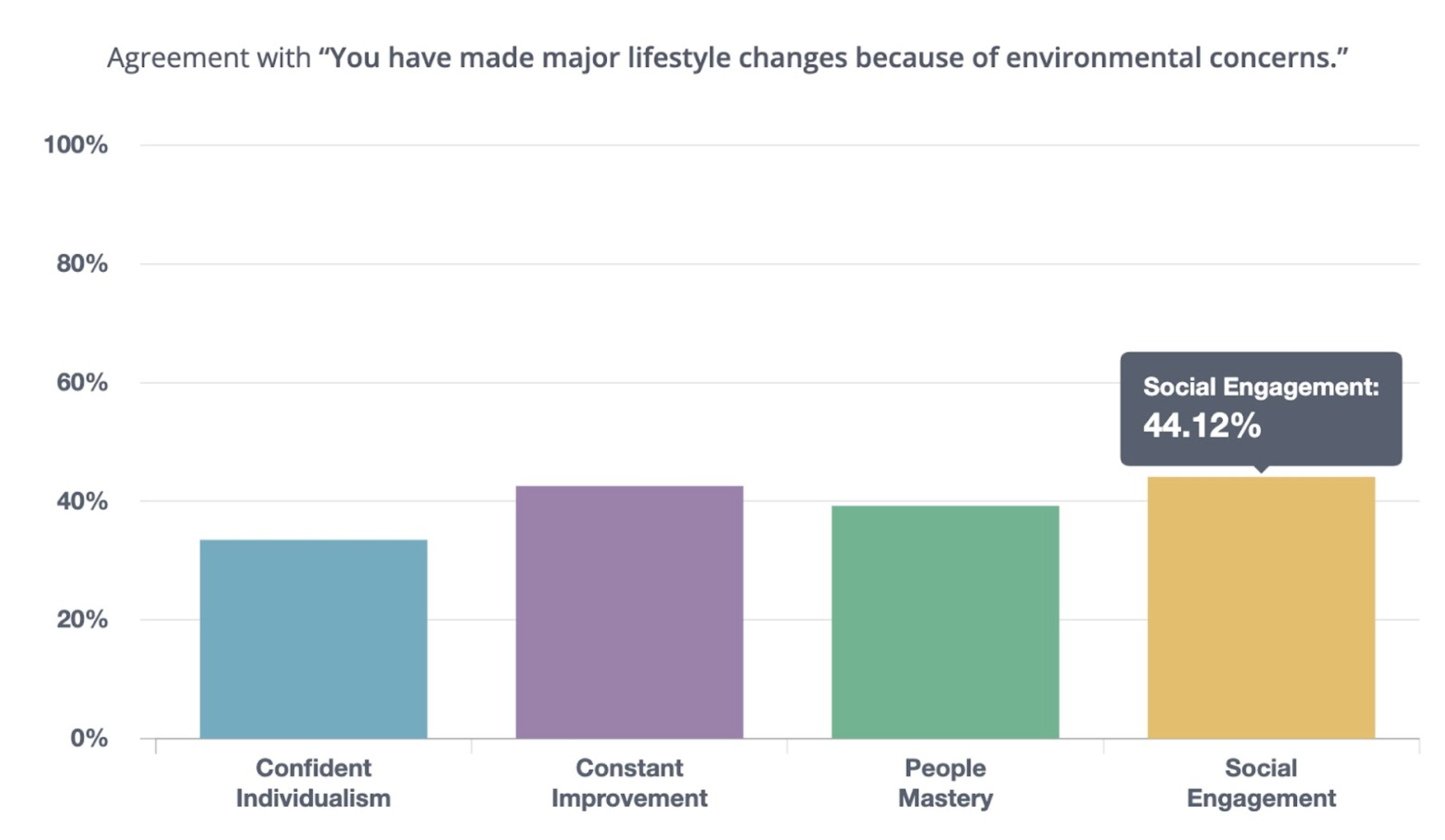 Constant Improvement types feel a sense of guilt if their daily actions do not align with their own commitment to the planet. It’s why 42% of this type have made a major change.

Social Engagement types are more willing to change their lifestyles as they will feel the most pressure out of fear of being judged. 44% agreed with the statement that they have made major life changes.

Anthropologist Margaret Mead said, “Never doubt that a small group of thoughtful, committed citizens can change the world. Indeed, it is the only thing that ever has.”

It’s not up to just one person. It takes a community of people like you, working with others who want to live and grow greener. A great way to find these people is to use personality types to determine what community members you best work with, and maybe which people you should avoid. You can even use certain roles and data to shape how you approach going green.

You’re not alone in the effort to go green. Let’s go green together.